Aircraft Hangar Space for NJ and Beyond

If you are a part 135 operator or responsible for corporate flight operations, consider relocating your base of operations to Monmouth Executive Airport.

Aircraft hangars for Jets and Piston Airplanes are available now. But that tells only part of the new story we are writing here at Monmouth Jet Center at Monmouth Executive Airport. 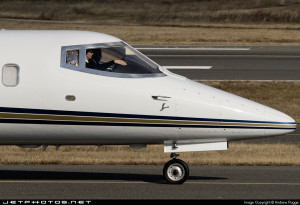 Under new ownership and management since December of 2013, Monmouth Executive Airport has become serious about building a world class Jet Center. If you manage aircraft and are looking for a home in the Northeast, consider the following:

The opportunity for flight operators is to base their operations at Monmouth where we currently have immediate hangar availability. While most of the aircraft hangar space in overcrowded airports like Teterboro and Morristown can take many months to open up, aircraft hangars are available at Monmouth Executive, NOW. These hangars are offered at competitive rates with competitively priced fuel and all other FBO amenities that rival most other NY area airports. Our pre-built hangar space includes common use and T-hangars all with attached office space.  Or you can build out your own space in existing buildings or even build your own custom hangar on land that is readily available to house your corporate flight operations for years to come.

Under new ownership since December 2013, Monmouth Airport has seen renewed focus on jet operations all across the airport while still retaining services for the prop planes, helicopters, and their pilots that are the lifeblood of our history.

Monmouth converted to 24/7 operations, has upgraded the FBO and its service offering generally, while improving access to hangar space throughout the airport. Monmouth has improved safety at the airport as well by limiting the kinds of flight operations that are allowed at the airport, and moving non-aviation related enterprises off the airport.

Most of all Monmouth Airport has a vast amount of land to build your ideal NJ hanger space or flight offices. Our team will go the extra mile to accommodate all of your airport needs.