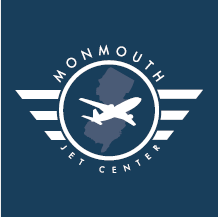 WALL TOWNSHIP NJ – Monmouth Executive Airport and the Eagles View Aviation Inc. flight school have formed a partnership announcing the launch of their new initiative, The Young Aviators Club, a program offering an introductory flight lesson to any child residing in Wall Township, NJ between the ages of 8 and 17 starting February, 2017.

The initiative gives local young Wall Township residents the opportunity to explore the aviation industry and take one introductory flight lesson every three years, funded by the Monmouth Executive Airport. The program will allow for 6 eligible residents per week to take a one-on-one, hands-on flight lesson with a licensed pilot from the Eagles View Aviation Inc. flight school in a Cessna aircraft where the flight instructor will fly them over their homes and show them the flight instruments.

“It’s really to introduce the children of Wall to the benefits of having a general aviation airport in their community,” said Rita Spader, Executive Director, Operations & Business Development at the airport.

“I think the airport has had such a negative condemnation for so long that now we just want to start showing that we’re growing the airport in a positive way,” she said. “We want to give back to the community and we want them to see as we grow this community is going to be very important in helping the airport thrive”.

Continued lessons are available for those who want to pursue more flight lessons beyond the introductory lesson and the airport will be offering scholarships through Wall High School and Wall Intermediate School for participants to complete their VFR rating.

To verify eligibility, parents must present two forms of identification, one of them being a valid driver’s license to show proof of residency. Participants are not required to be students enrolled in the Wall Township school district but must be residents of Wall Township.

To sign up for an introductory lesson, visit https://monmouthjetcenter.com/young-aviator-club/ starting January 15, 2017 and fill out the form. Participants will be notified by the airport when they are selected.