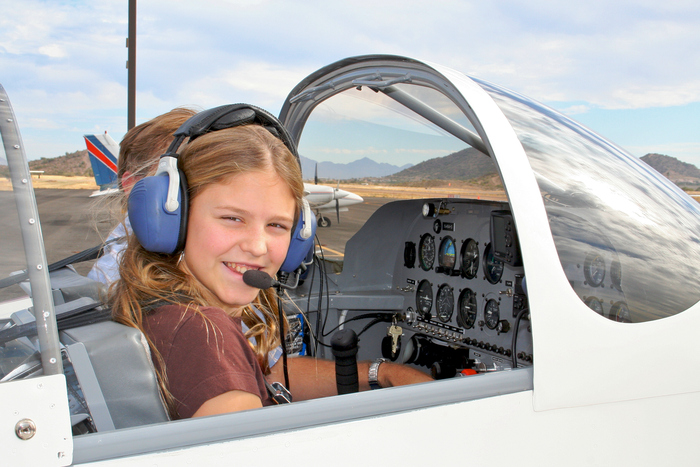 We are now halfway through the year 2020—and gender discrimination among airlines is still a compelling topic. In December of last year, a group of female flight attendants and pilots at Frontier Airlines filed a lawsuit, claiming they were forced to take extended and unpaid maternity leave months before their due date. The airline also refused to provide private accommodations to pregnant and breastfeeding pilots and flight attendants.

When it comes to granting women with opportunities and equal treatment, the airlines fall well behind other industries. In the U.S., women only make up 5 percent of commercial pilot positions worldwide, and they hold just 1 percent of the most significant rank, captain. Sharon DeVivo, president of Vaughn College of Aeronautics in New York, says the lack of female role models in aviation is worrisome. She states that “Girls need to see more women being successful in these fields to know that they can do it. Until we have more women in leadership roles, it will be harder to showcase role models.”

DeVivo also says. “We must build awareness about these fields much earlier; by the time girls get to high school, it is too late. We need to reach them at the elementary and middle school levels”.But things are changing as there is an impending shortage of commercial airline pilots. Boeing is predicting that the aviation industry will need 804,000 civil aviation pilots and 769,000 maintenance technicians by 2036. Fewer men are entering the profession from the military than ever before, so the probability is high that women will fill more and more of those positions. Aviation colleges such as Vaughn have recently announced an increment in applications from women, while more airlines have advanced women to top pilot jobs. These are all indications leading us to believe that the aviation industry is taking the issue very seriously.

Why the aviation industry needs you?

We can not deny the fact that if young women had the opportunity to be exposed to successful women in the aviation industry, then more girls would believe that a career in aviation is achievable. They may also be more inclined to consider this line of work. Exposing young girls to the woman in aviation at an early age is vital to fulfilling the workforce needs of this industry.

“Businesses with the highest representation of women IN their top management teams delivered 35.1% higher return on equity and 34% higher total return to shareholders than companies with the lowest representation”. (US-based Catalyst). To reach the above statistics, women need to feel confident, capable, and wise in their skills and improve their communication skills. This is hard to achieve in an industry such as aviation or aerospace, where the woman is significantly outnumbered. We need women in the industry to mentor other women in making their next career move, showing them that anything is possible no matter what your gender.

Learn to Fly at One of the Best Flight Schools in NJ!

If you have set your sights on becoming a pilot, now is your chance, visit Monmouth Airport and enroll in one of the top flight schools in NJ. Start training now and you’ll soon be on your way to a sky-high career showing off your woman power.

For more information about flying lessons and how to learn to fly, please visit our website at https://monmouthjetcenter.com/