Cocktails and a Giant Flying Cucumber can only mean one thing… 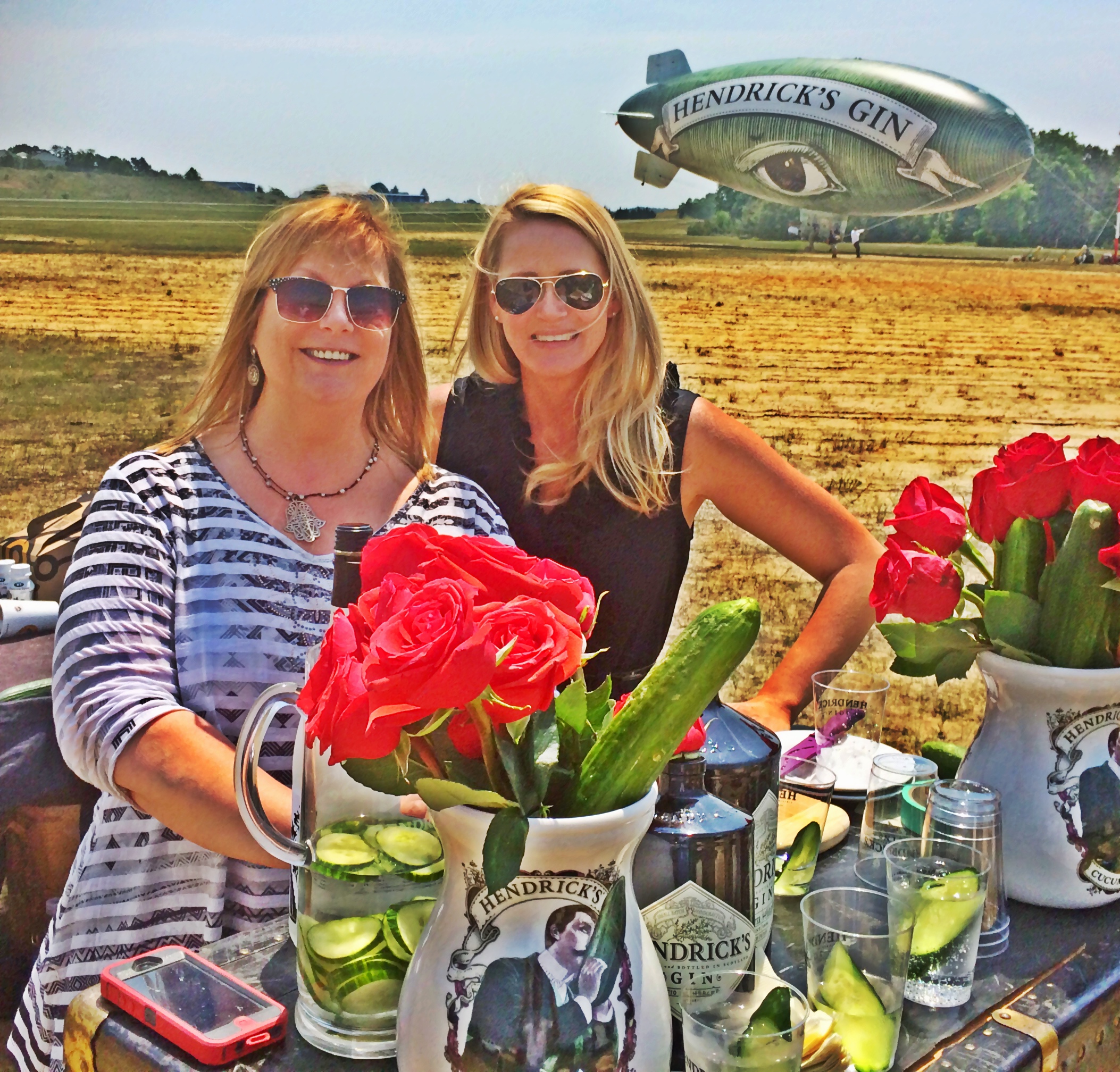 Self described as a delightfully curious gin, its no wonder Hendrick’s is on a national tour flying in none other than a delightfully curious giant cucumber airship. The tour consists of 13 cities and their promise to deliver the most exquisite cocktail in the sky.  The flying cucumber stands at 44 feet in height and 130 feet in length, operating on 69,000 cubic feet of helium.

A lucky few actually got to climb aboard the Flying Cucumber to experience what Hendrick’s describes as their “slow and low” flying style, traveling at the “civilized speeds of approximately 35 mph” and a “see-the-sights” cruising altitude of below 1000 feet.

(If you are wondering why a cucumber, Hendrick’s Gin differentiates itself from other gins by infusing it with both cucumber and rose)

For those less inclined to fly in a giant piece of produce, there was plenty of fun to be had on the ground. Henrick’s Gin actually came and outfitted Monmouth Jet Center with a very classy outdoor lounge where visitors could sip on refreshing cucumber infused water or one of their delicious and uniquely flavored gin cocktails! 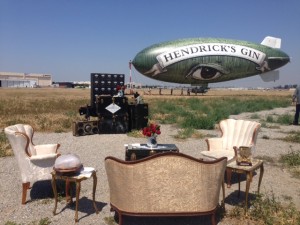 And, if you’re still wondering why anyone in their right mind would build a cucumber shaped airship, maybe you should have another drink!