Why You Should Rent an Airplane Hangar for Your Next Event 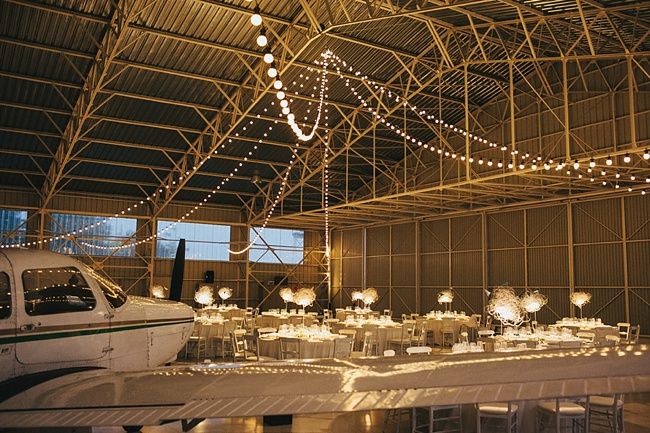 An airplane hangar is a big room for an airplane sure, but it turns out that hangars at Monmouth Jet Center have a secret life. They are often rented out when someone needs a huge space for an event. Need space for 500 or more people at your wedding? You might be a candidate. Need to build an indoor set for your next, hit indie film? We got you covered. A rehearsal space for your concert tour? Been there, done that…. Even the Boss himself has spent some time brushing up in one of our hangars before hitting the stage! If you’re not yet convinced, here are more reasons to consider MJC hangars for your next big event.

Photo & video shoots that take off

Since by definition, hangars are on airports, there’s a bunch of cool, built-in settings available at an airport including all kinds of photogenic planes and jets. And did you know that these planes and jets land on the longest private runway in the country? To have an exclusive and seemingly endless runway as the backdrop for your next big music video, or photo shoot – I’m not sure if another setting can even come close. Throw on a flowing dress, let your hair down and you’re ready to take off!

Wedding venue for the unconventional bride

Finding the right venue is a challenge for every bride, especially the bride who is not the most traditional and who has a big extended family. If you’d rather not have your wedding at the local catering hall or a rustic barn nearby, consider an airplane hangar. It’s edgy, out of the box, and the best part? You can decorate the space in any way you’d like! Take a minute and just imagine how scenic your wedding photos will be on the runway. And of course, those guests from out of town can fly in and land right at your venue!

“The boss,” also known as music legend Bruce Springsteen, has indeed been known to rent out an airplane hangar at MJC to rehearse before a big show. Since we’re so close to his home turf of Asbury Park, it was the logical thing to do! He had more than enough room for his whole team to set up a mock concert stage.

With that much room and privacy, you could also use one of our hangars as an independent film set. As mentioned above, the space can be customized in any way you’d like. You can build an intricate, sci-fi world like The Hobbit or keep it simple with an outdated workspace like that of The Office. It’s all up to you, director.

Monmouth Jet Center has a vast amount of land to build or rent your ideal hangar space in New Jersey. Since converting to 24/7 operations, we never stop working towards expanding our service offerings, including services for our non-aviation clients. MJC expects to continue construction plans for both common use airplane hangars and T-hangars for unconventional uses. No matter what hangar option you choose, our dedicated team will go the extra mile to accommodate your every need!